The Season of Creation 2022 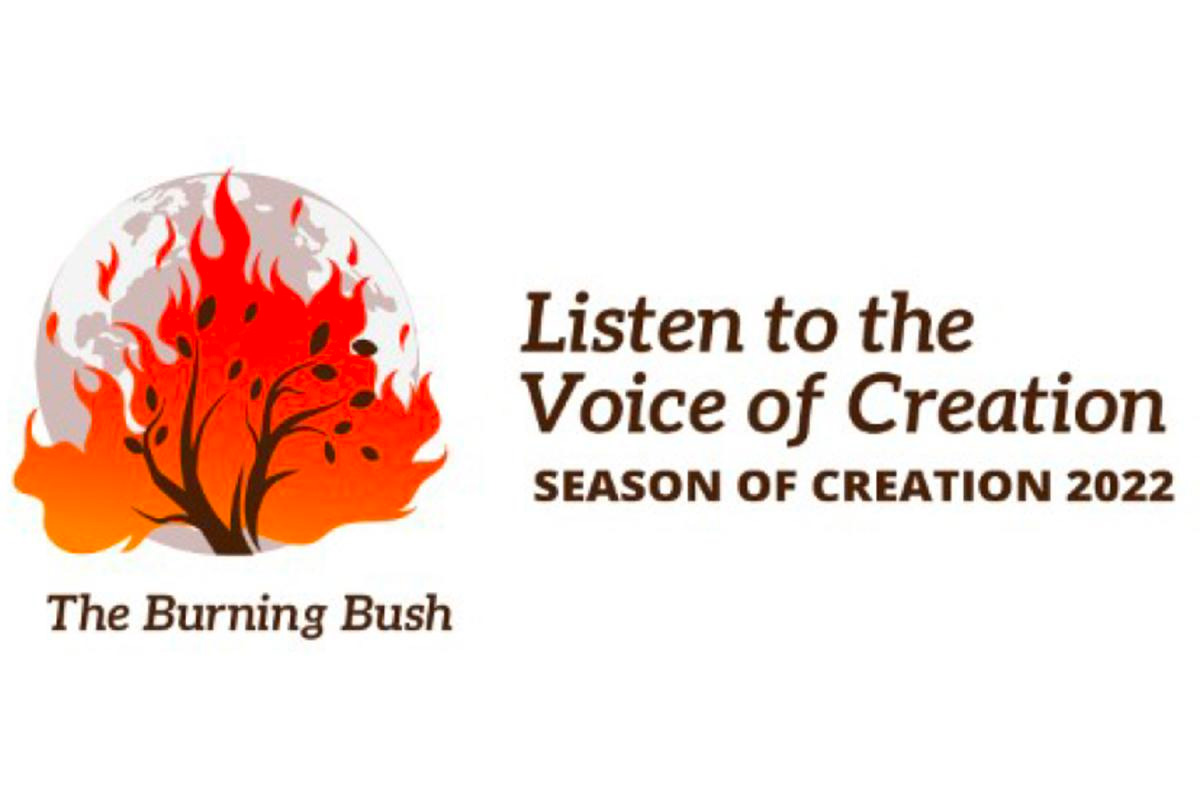 The month-long Season of Creation which begins on September 1, the Day of Prayer for Creation, is a time to renew our relationship with our Creator and all creation through celebration, conversion, and commitment together. It is the annual ecumenical celebration of prayer and action for our common home.
This year’s theme is Listen to the Voice of Creation and the symbol is the Burning Bush. Far from being the theophany experienced by Moses, today the burning bush represents the countless global wildfires that have not only destroyed millions of acres of planet earth but have brought death and displacement to far too many of our kin.
Individuals and communities are invited to engage in this year’s Season of Creation through prayer, sustainability projects, and advocacy.
Some possibilities:
• Prayer: Host an ecumenical prayer gathering that unites all Christians for the care of our common home.
• Sustainability: Lead a cleanup project that helps all of creation thrive.
• Advocacy: Raise your voice for climate justice by participating in or leading an ongoing campaign, such as the fossil fuel divestment movement.
History of the Season of Creation
1989 – Ecumenical Patriarch Dimitrios I proclaimed 1 September as a day of prayer for creation for Orthodox Christians. In fact, the Orthodox church year starts on that day with a commemoration of how God created the world.
Since 2008, The World Council of Churches has encouraged all Christian denominations to observe and celebrate this day. It provides an occasion for Christians from various churches around the world to gather together in prayer for the well-being of the earth, our common home.
2015- Following the leadership of Ecumenical Patriarch Dimitrios, I, Christians worldwide have embraced the season as part of their annual calendar. Pope Francis made the Roman Catholic Church’s warm welcoming of the season official.

This year, Pope Francis’ issued his annual message for the Season of Creation on July 21 at a press conference at the Vatican. For some time now, the Pope has been forceful on climate justice issues: “We must all act decisively. We are reaching a breaking point,” he said now. Read here the full message and here the summary of the message in four key points.

RESOURCES
Visit the official Season of Creation website to learn more and to register for the opening event of the Season.
The International Union of General Superiors headquartered in Rome has a video and other materials.
The Laudato Si Movement  has information and updates on its activities.
The Green Church Movement: Watch this video to learn about how the Green Churches Movement in Canada is making a difference.