For the first time in 30 years, Muslims, Jews and Christians all have sacred days falling in the same month. This is a unique time in which Ramadan, Passover, and Easter are converging. April 17 will be the actual overlap of Easter, Passover and Ramadan. This convergence is an important opportunity to remind our faith communities of our interconnectedness and a chance to recommit to our highest ideals for creating and caring for communities where everyone is treated with dignity, respect, and fairness. This is a unique opportunity to learn about and from the traditions of our neighbors, to express solidarity with them, and to strengthen our interfaith movement for justice.
RAMADAN
As one of the five pillars of Islam, Ramadan is a holy month of fasting, reflection, prayer, and expressing generosity. During Ramadan, Muslims fast daily from dawn to sunset. Additionally, they believe that Ramadan is the month in which the first verses of the Qur’an were revealed to the Prophet Muhammad. This year it starts on the evening of Saturday, April 2nd and ends at sundown on Sunday, May 1. Islamic holidays always begin at sundown and end at sundown the following day/days ending the holiday or festival. Watch this video in which American Muslims tell what Ramadan means for them. 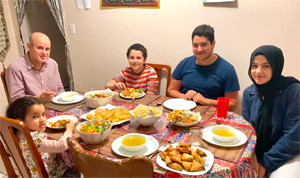 During Ramadan, the world’s Muslim population will fast each day from sunrise to sunset. Before sunrise a meal may be taken (Suhoor) and then the fast is broken after sunset (Iftar) It is a time of fasting, of purification to get closer to Allah and to become more compassionate to those in need. To mark the end of fasting, the festival of Eid ul-Fitr which may last several days is celebrated. It is a time of feasting with friends and family. Rich foods are eaten and shared. Muslims don their best clothes and give thanks to Allah. They exchange gifts and decorate their homes for the celebrations.

PASSOVER
Passover (Pesach in Hebrew) is the major Jewish spring festival. It commemorates the liberation of the Israelites from Egyptian slavery. This year Passover begins on Friday eve, April 15th and is celebrated until April 23rd.  The Passover Story relates that at midnight of 15  Nissan in the year 2448 (1313 BCE) was the last of the ten plagues visited on the Egyptians. G-D spared the children of Israel. The Feast of 8 days is celebrated in two parts with the first 2 days and the last 2 days as the most important. Candles are lit, the Passover Story (Haggadah) is retold, 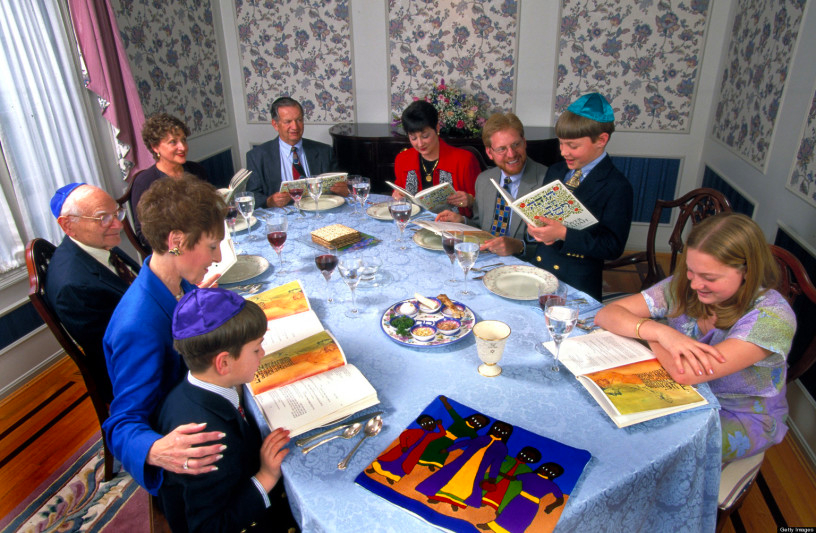 Seder meals are eaten, which include wine or grape juice, bitter herbs, and Matzah (unleavened bread). In the time of Jesus, the Passover observance also included the sacrifice of the paschal lamb. Strictly observant Jews avoid all leavened food during Passover, which is any food or drink containing wheat, barley, rye, or oats. They do not go to work nor drive on the first and last days of the festival.  Passover is a time to humbly celebrate G-D’s presence among G-D’s people.