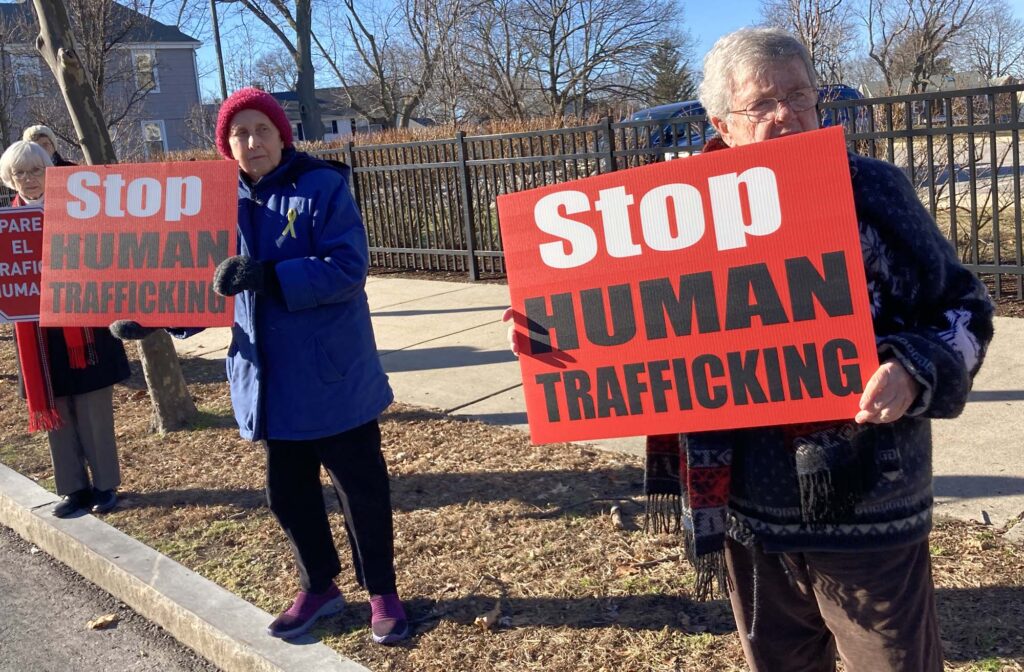 In 2013 the United State Province of the Holy Union Sisters took a Corporate Stance Against Human Trafficking, and are now members of the Boston Anti-Trafficking Coalition of Women Religious.  Human Trafficking is a form of modern day slavery which primarily impacts women and children, often the poor or immigrants, who have little to no support or protection from those who prey upon them.  They often have nowhere to turn, fearing the legal system and immigration agents almost as much as their traffickers, and so the situation is harrowing.

On Sunday, January 8th, several Holy Union Sisters, along with Sisters from a number of other congregations, traveled to Brighton to participate in a Prayer Service to End Human Trafficking .  The vigil was held at the mother house of the Sisters of St. Joseph where we gathered in the chapel for a prayer service to help raise public consciousness of the issue and help bring about its end.  After our prayer service, many Sisters joined us as we held signs along Cambridge Street in front of the Sisters of St. Joseph’s mother house and the adjacent St. Joseph Prep High School, helping to shine a light on this issue to commuters and pedestrians alike.  Your prayers and support of this effort are very much appreciated.  If you would like a Human Trafficking Hotline Sticker to put on you rear passenger side car window like the one pictured below please contact Ken Gustin at ken.gustin@holyunionusa.org and he would be happy to mail you one.

If you believe someone may be a victim of human trafficking, call the 24-hour National Human Trafficking Hotline at 1-888-373-7888 or report an emergency to law enforcement by calling 911. Trafficking victims, whether or not U.S. citizens, are eligible for services and immigration assistance.  More information on Human Trafficking can be found on our website at https://www.holyunionsisters.org/january-11-national-human-trafficking-awareness-day/ 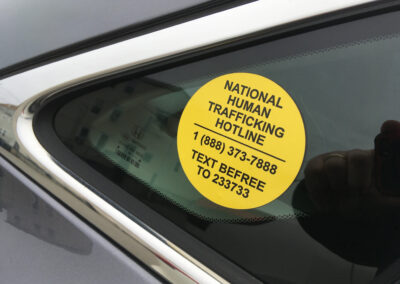 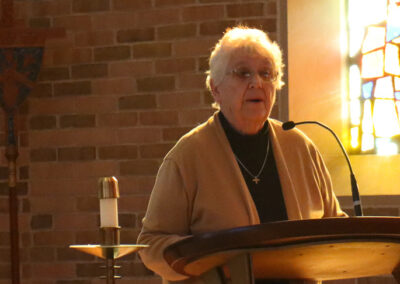 Sister MaryLou Simcoe leads a prayer in the chapel 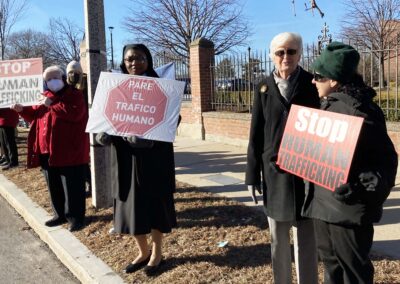 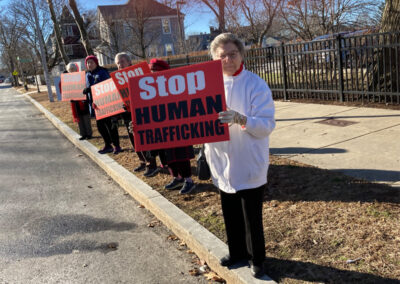 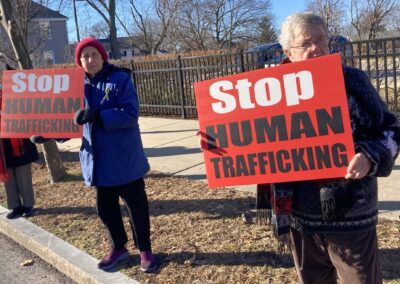 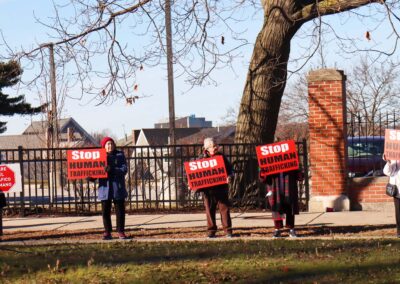 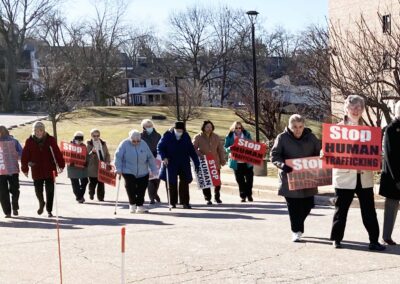 Group returning to the Chapel 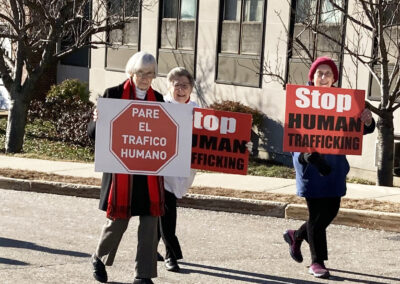 Closeup of Sisters Una, Alice, Ann, and Fran outside. 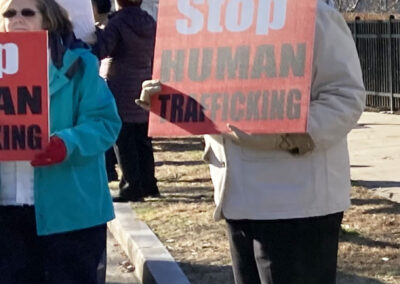