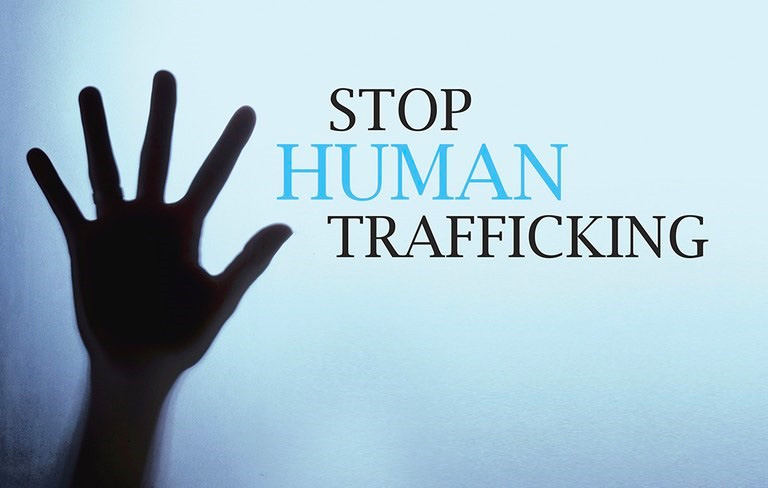 In 2013 the United State Province of the Holy Union Sisters took a Corporate Stance Against Human Trafficking. As we approach the tenth anniversary of this action, we are aware that this modern-day slavery has increased within the United States and throughout our world. Human trafficking is present in every country where Holy Union Sisters live and minister. While this crime often occurs unseen by us, we can all play a part in eradicating human trafficking through prayer, education, advocacy, survivor services or financial support.
WHAT IS HUMAN TRAFFICKING?
Human Trafficking is the recruiting, harboring, moving, or obtaining of a person(s) by the use of force, fraud, or coercion, for the purposes of involuntary servitude, debt bondage, slavery, or the sex trade. Trafficked persons can be men, women, and children of varying ages and levels of education and ethnicity. People are trafficked for domestic service, commercial sexual exploitation, marriage, factory work, begging, agricultural labor, restaurant work, construction, janitorial work, and other forms of informal labor.
BACKGROUND
Since 2010, the National Human Trafficking Prevention Month occurs in January of each year. This stems from the landmark Trafficking Victims Protection Act (TVPA) of 2000. President Biden said, “Since human trafficking disproportionately impacts racial and ethnic minorities, women and girls, LGBTQI+ individuals, vulnerable migrants…” our mission to combat human trafficking must always be connected to our broader efforts to advance equity and justice across our society.”
Some ways to join in the fight against human trafficking
– Learn the indicators of human trafficking on the Trafficking in Persons Office’s website.
– If you believe someone may be a victim of human trafficking, call the 24-hour National Human Trafficking Hotline at 1-888-373-7888 or report an emergency to law enforcement by calling 911. Trafficking victims, whether or not U.S. citizens, are eligible for services and immigration assistance.
– Be a conscientious and informed consumer. Find out more about who may have picked your tomatoes or made your clothes at ResponsibleSourcingTool.org , or check out the Department of Labor’s List of Goods Produced by Child Labor or Forced Labor . Encourage
companies to take steps to prevent human trafficking in their supply chains and publish the information, including supplier or factory lists, for consumer awareness.
– Write to your local, state, and federal elected officials to let them know you care about combating human trafficking and ask what they are doing to address it.
– Be informed. Visit the US Catholic Sisters Against Human Trafficking and subscribe to their monthly newsletter https://sistersagainsttrafficking.org/stop-trafficking-newsletter/ Check out CNN’s Freedom Project for more stories on the different forms of human trafficking around
the world.
Additional Resources:
Wear Blue Day

Blue Campaign’s largest initiative is #WearBlueDay on January 11th. To raise awareness of human trafficking, we invite the public to take photos of themselves, friends, family, and colleagues wearing blue clothing and share them on social media – Facebook, Twitter, and Instagram – along with our #WearBlueDay hashtag. Anyone can participate, all you need is a piece of blue clothing!