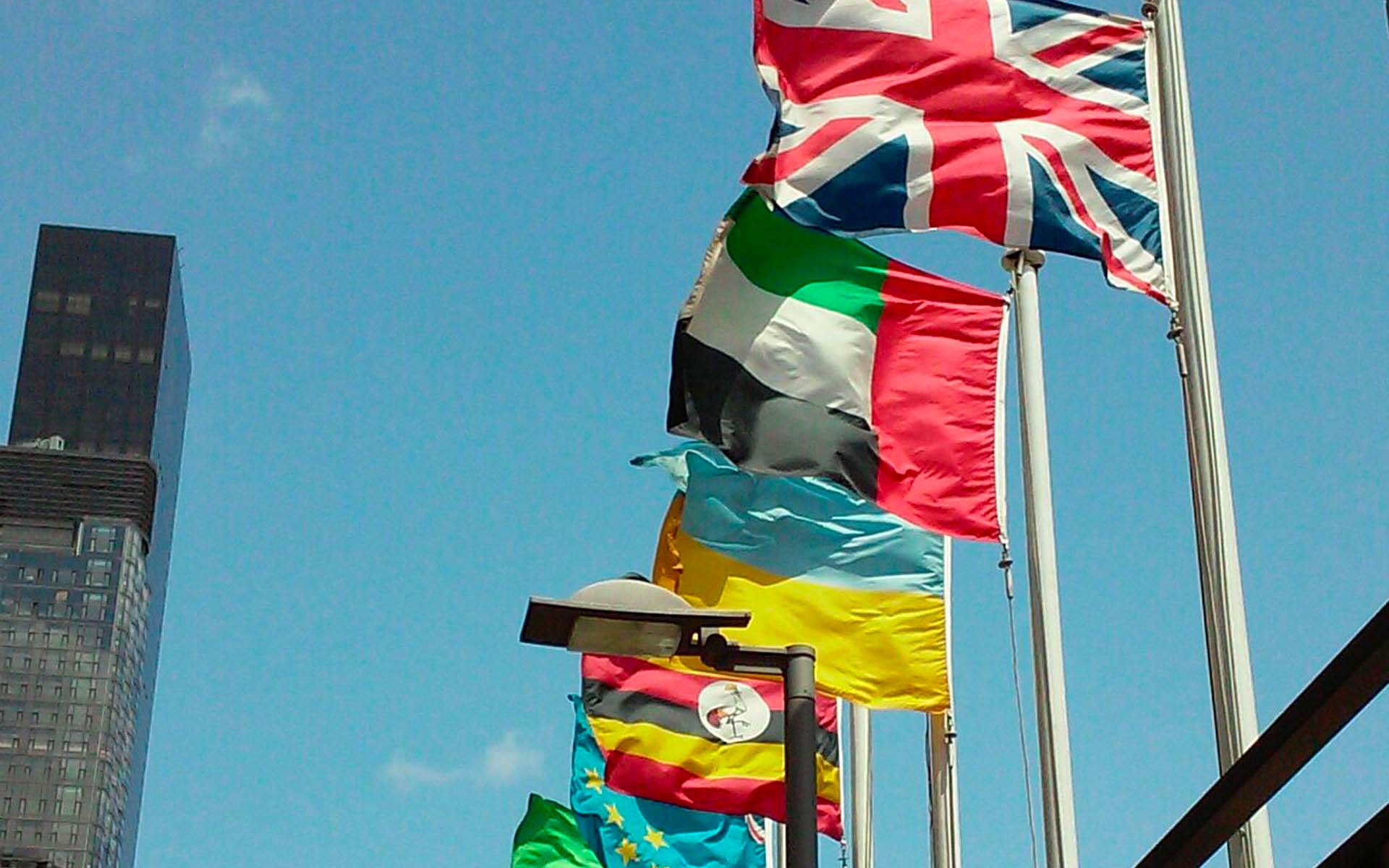 United Nations Day: A symbol of hope for global unity
October 24 marks the anniversary of the day in 1945 when the United Nations Charter entered into force. UN Day, celebrated every year, offers the opportunity to amplify our common agenda and reaffirm the purposes and principles of the UN Charter that have guided us for the past 76 years. As the world begins gradually to recover from the Covid-19 pandemic, let us reinforce the call to strengthen international cooperation in the interest of both nations and peoples, building back together for peace and prosperity.
Structures
The UN’s six main branches are the General Assembly, the Security Council, the Economic and Social Council, the Trusteeship Council, the Secretariat, and the International Court of Justice. The United Nations includes “humanitarian bodies,” such as the UN Children’s Fund (UNICEF), the World Food Program (WFP), the UN Development Program (UNDP), and the UN High Commissioner for Refugees (UNHCR). In 1948, the United Nations adopted the Universal Declaration of Human Rights, a visionary statement which has had significant impact in the international community. In his speech to the UN in 1995, Pope John Paul II declared: “The UN’s Universal Declaration of Human Rights is one of the highest expressions of the human conscience of our time.”

The Security Council, pictured left, is composed of 15 Members: Five permanent members: China, France, Russian Federation, the United Kingdom, and the United States, and ten non-permanent members elected for two-year terms by the General Assembly (with end of term year): Estonia (2021) India (2022) Ireland (2022) Kenya (2022) Mexico (2022) Niger (2021) Norway (2022) Saint Vincent and the Grenadines (2021) Tunisia (2021) Viet Nam (2021)
Its primary role is peacekeeping. Under a mutually agreed upon structure, decisions of the Council require nine yes votes; a decision cannot be taken if there is a no vote, or veto, by a one of the five permanent members (China, France, The Russian Federation, the United Kingdom and the United States.)
The UN has taken an active role in ceasing the spread of arms and weapons of mass destruction. In its efforts to do so, the UN has made recommendations, supported continuous studies, and supported negotiations in this area of concern.
One of the UN’s central mandates is to promote peace through social development—to work to alleviate poverty by improving economic, health, and social conditions. The UN and its agencies provide development assistance in poor countries. (The UN also provides emergency relief and at least one third of the world’s food aid.) Visit the UN website to learn more.
UNANIMA  INTERNATIONAL

The Holy Union Congregation is a member of UNANIMA International, a Non-Governmental Organization (NGO) at the United Nations. Its members are smaller congregations of women religious who advocate on behalf of women and children, homeless and displaced, migrants and refugees and the environment. Visit the UNANIMA International website to learn more.