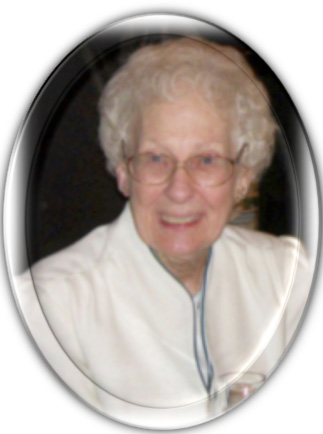 Sister Alice Rees (Sr. John David) SUSC died June 3 at the age of Sr. Alice Rees SUSC eighty-nine at Catholic Memorial Home, Fall River. Sr. Alice, who was born in Chicago, was the daughter of the late John and Jeannette (Dodson) Rees. She is survived by her brother David, sister-in-law Barbara Rees as well as nieces, nephews, grandnieces and grandnephews.

Sr. Alice graduated from Austin High School in Chicago, attended Clark College, Dubuque, Iowa and worked as a secretary for a few years. Through contact with a missionary priest serving in Alabama, she learned of the Holy Union Sisters and began a correspondence with them. She entered the Holy Union Sisters August 22, 1950 and received a Bachelor of Science Degree from Catholic Teachers College, Providence, RI.

Sr. Alice taught in elementary schools in Maryland, Massachusetts, New Jersey and New York. In 1970 while living at St. Francis de Sales Convent in New York City, Sr. Alice began a ministry as a secretary, where she used the skills from her high school and college business courses. She worked at several offices in New York including the Graduate School of Education at Fordham University.
For several years, Sr. Alice served as co-director of the Holy Union Associates in New York. When she retired, she volunteered in a variety of capacities including at a homeless shelter and The Lighthouse Guild for the Blind. Her volunteer work at the Lighthouse Guild led Sr. Alice to request to be an eye donor at the time of her death.

She maintained a strong interest in cultural events and often took advantage of the many lectures and films available in New York City. In 2015 Sr. Alice celebrated sixty-five years as a Holy Union Sister.

Sr. Alice died early in the morning of the Feast of the
Body and Blood of Christ (Corpus Christi).
May we be consoled by the words from St. Paul’s Letter
to the Hebrews read on that feast.
Alice, who had first been called in baptism,
has now received the promised eternal inheritance.