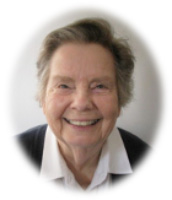 Sister Mary Jean Audette (Sister Mary) SUSC died January 13 at the Fall River Jewish Home. Born in Attleboro, MA December 24 1928, she was the daughter of the late George and Florence (McDonald) Audette. In addition to her Holy Union Sisters, her nieces Joan and Mary Paquin and nephew Daniel Paquin survive her. She was predeceased by her sister, Joan Paquin.
Sr. Mary Jean graduated from Attleboro High School and attended Burdett Business College in Boston. She entered the Holy Union Sisters on September 8, 1955 and pronounced her final vows on August 22, 1964. She received a BA degree in Business from Rivier College, Nashua, NH and a JD degree from Cardoza School of Law at Yeshiva University, New York.
In her early religious life, Sr. Mary Jean taught junior and senior high school classes in Massachusetts, New Jersey, New York and Rhode Island. She served as treasurer for the Fall River Province of the Holy Union Sisters from 1971 to 1977. In 1977 she moved to New York City to pursue a law degree at the Cardoza School of Law at Yeshiva University. After graduation she became a lawyer and worked in legal and social services in the San Angelo and Fort Worth, Texas Dioceses. In 1991 she moved to Maryland and became the Director of the Legal Offices of national organizations for women and men religious. During this time, she was active in the Washington Office on Haiti and traveled to Port au Prince as a special observer for parliamentary elections in 1995.
Sr. Mary Jean moved to Memphis TN in 2000 and became involved in Justice and Peace ministry for the Holy Union Sisters. She represented the U.S. Province on an international congregational Justice, Peace and Integrity of Creation Group. She served as the Holy Union representative on the board of UNANIMA International, a non-governmental organization of smaller congregations of women religious at the United Nations and served as secretary and treasurer of the group. She coordinated Justice and Peace activities for her province until 2014.
She moved to Fall River in 2008 and resided at St. Dominic Apartments. In 2018 Sr. Mary Jean joined the Holy Union Sisters Community at The Landmark. Recently as her health declined, she moved to the Fall River Jewish Home for further care.
The Mass of Christian Burial was held on Friday, January 29th at Holy Name Church followed by burial at St. Patrick Cemetery, Fall River. Funeral arrangements are under the direction of Waring-Sullivan Funeral Home, Fall River. Donations in Sr. Mary Jean’s memory may be made to Holy Union Sisters Mission Advancement Office, P.O. Box 410, Milton, MA 02186.
~
Throughout her religious life, Mary Jean worked to combat injustice.
After becoming a lawyer, she championed the cause of those
who were poor and marginalized in the southwestern United States.
We rejoice that she now enjoys the reward promised in the Book of Daniel. 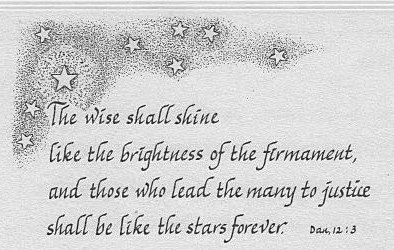