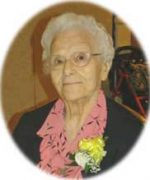 Sr. Shirley taught in elementary schools staffed by the Holy Union Sisters in Maryland, New Jersey, New York, and Pennsylvania. Her last teaching assignment was at St. Catherine School, Elizabeth City, North Carolina. Sr. Shirley then began a ministry of visiting the sick of the parish. She continued to visit the elderly when she moved to St. James Convent, Tiverton, RI. She served as secretary at the Taunton Catholic Middle School, Campion Renewal Center, Weston, MA and the Chancery Office of the Fall River Diocese. When her elderly mother’s health was failing, she moved to Florida to care for her. She retired to the Holy Union Sisters Community at The Landmark, Fall River in 2007 and moved to Catholic Memorial Home in 2017 when her health declined.

In addition to formal studies, Sr. Shirley always took advantage of workshops and courses wherever she was missioned. These included pottery and ceramics workshops, religious education workshops and as she approached retirement, she participated in workshops that helped religious make this transition. She enlivened many social gatherings, harmonizing at sing-alongs and playing the spoons. In 2016, Sr. Shirley celebrated her 75th anniversary as a Holy Union Sister.

As we bid farewell to Sr. Shirley, may we be united with her through this prayer of Cardinal Newman, which she prayed daily;
“…Penetrate and possess my whole being so utterly
that all my life may be only a radiance of Thine.
Shine through me and be so in me
that every soul I come in contact with
may feel your presence in my soul.
Let them look up and see no long me, but only Jesus.